Women Soccer Players File Charge of Discrimination With the EEOC

Not a single one of these fields was a softball field.

All of the boys moved over to these new fields, while the field where I played remained at a constant state of half-empty when games were going on.

I remember, at about 12 years old, feeling hurt and disgusted, slighted and unimportant, but, most of all, and probably worst of all, I felt devalued – like my city was giving me a clear sign that I didn’t mean as much to it as my male peers.

Part of me, though, felt resigned. It was expected that the boys would get better facilities because, well, boys play sports. 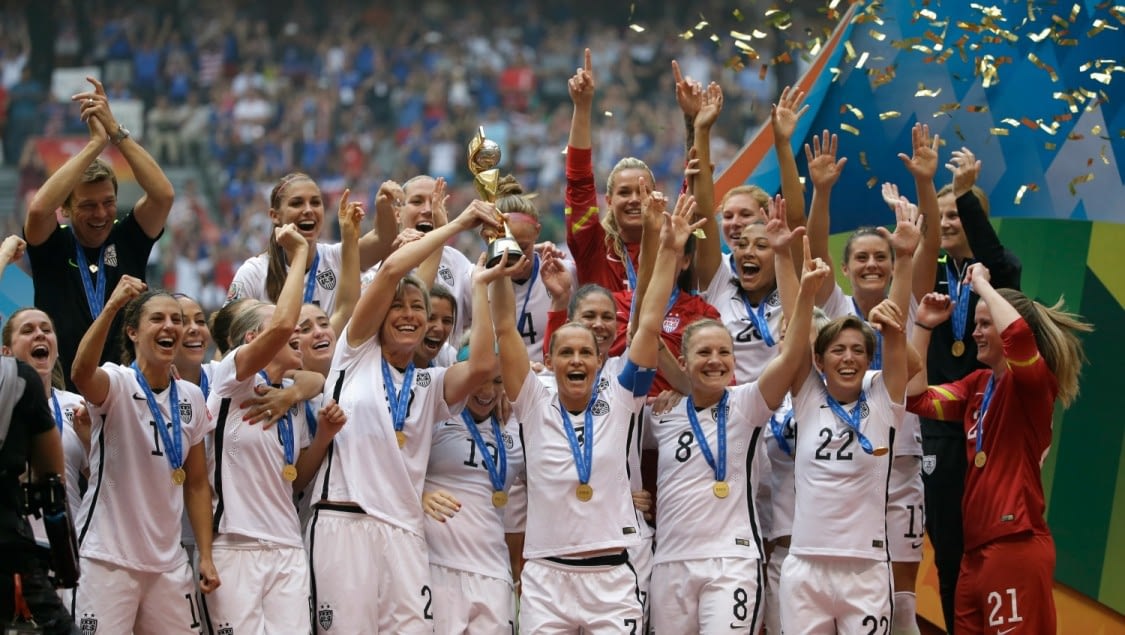 Image from the Associated Press

Last Thursday, March 30, 2015, 5 star players on the U.S. Women’s Soccer team filed a charge with the EEOC, claiming discrimination. Before I get into the details, first, some background: The U.S. Soccer Federation is the organization that employs all of the male and female American soccer players. As such, all of the American soccer players are employees of U.S. Soccer. When claiming discrimination under Title VII of the Civil Rights Act of 1964, 42 U.S.C. § 2000e-2, before filing a lawsuit, employees must first file what’s called a charge with the Equal Employment Opportunity Commission, or EEOC, 42 U.S.C. § 2000e-5.

Co-captains Carli Lloyd and Becky Sauerbrunn, forward Alex Morgan, midfielder Megan Rapinoe, and goalkeeper Hope Solo filed a charge with the EEOC claiming that the female employees of U.S. Soccer are paid far less than the male employees of U.S. Soccer. This charge is no different in process or substance than many of the charges Madia Law files with the EEOC on behalf of its clients claiming discrimination on a regular basis.

The numbers appear to support the women’s claims:

“The women’s players are salaried employees – the top players are paid about $72,000 a year by the federation – but … their bonus structure means they earn far less than their male counterparts … A men’s player … receives $5,000 for a loss in friendly match but as much as $17,625 for a win against a top opponent. A women’s player receives $1,350 for a similar match, but only if the United states wins; women’s players receive no bonuses for losses or ties.”

Additionally, the women only get these bonuses if they are called to the national team. Id.

While these athletes are employees technically, it is undeniable that athletes, and the teams on which they play, are really commodities* – the better they play, the more desired the tickets to their games and the purchase of their merchandise, the more money the team collectively, and each player individually, is worth.  When viewed as commodities, rather than employees, the disparity might be more readily explained.

“No international team in the world was as dominant as our Women’s National Team, which added a third star to its jersey by winning the 2015 FIFA Women’s World Cup … In our record eighth-consecutive World Cup appearance, the WNT shut down the competition, at one point holding opponents scoreless for a record 540 consecutive minutes. The team left no doubt about who was the team to beat all the way to the final … More than 25 million people tuned in for the epic contest, making the final the most watched soccer game – men’s or women’s – in U.S. television history …” Id.

Second, the team is expected to be the first ever team to follow a World Cup title with an Olympic Gold Medal:

“The team continues to press on and seeks to become the first ever to follow up a World Cup title with an Olympic Gold Medal.” Id.

In fact, the U.S. Soccer Federation credits most of the $14 million favorable variance in FY ’15 to the Women’s team: “there were increased apparel sales surrounding the FIFA Women’s World Cup … [a]nd, of course, after the Women’s National Team won their third World Cup title at the 2015 Women’s World Cup … fans joined together in celebration and support throughout the 9 game Victory Tour.”

Perhaps if U.S. Soccer didn’t pay the men a bonus for losing they wouldn’t incur a deficit at all.

So, put simply, the U.S. Women’s Soccer team is worth more to U.S. Soccer than the men’s team, even if we view the women’s team players as commodities rather than employees. And yet, the women employees of U.S. Soccer are paid 40% or more less than the male employees. Anne M. Peterson, “5 players accuse US soccer federation of wage discrimination,” Business Insider (“the women are paid $30,000 each for making the World Cup team, while the men are paid $68,750.”).

I hope that, if I have a daughter someday, she never has to feel devalued or resigned to expecting boys’ facilities to be better because only boys play sports. The U.S. Women’s Soccer team’s fight for equality will serve as a catalyst for this change between my generation and my kids’ generation.

*By “commodities” I don’t mean to imply that athletes are objects.  Rather, the commodity to which I refer is the brand — the Hope Solo brand or the U.S. Women’s Soccer team brand.