What Behaviors Are Considered Sexual Harassment at Work? 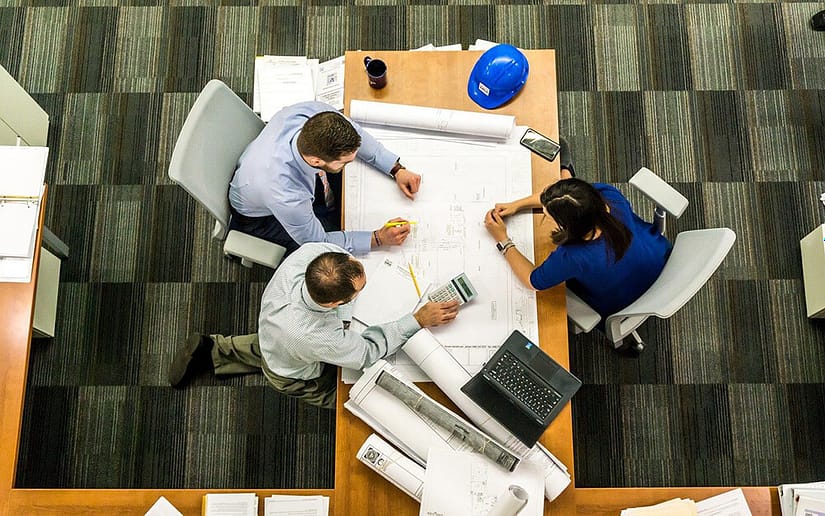 Title VII of the Civil Rights Act of 1964 prohibits employment discrimination based on “race, color, religion, sex, and national origin.” Title VII has been interpreted by the Supreme Court to include sexual harassment at work as a form of sex discrimination. This law applies to private employers with 15 or more employees. Sexual harassment at work is not only unacceptable, abusive, and insensitive—it’s against the law.

Some people don’t realize that behaviors such as telling inappropriate jokes, showing obvious favoritism, and denying promotions for any reasons related to sex or gender are signs of workplace discrimination. There are laws designed to protect those who experience unfair treatment at work simply because of the way another person views and treats them. If you believe that you may be the victim of sexual harassment in the workplace, it’s important to report the incident or incidents. In this way, light can be shown on a very serious problem in our nation.

Defining what is harassment and what it is not can sometimes be a slippery slope, especially when there are conflicting stories about the events that took place. The U.S. Equal Employment Opportunity Commission (EEOC) states that sexual harassment can include unwelcome sexual advances, requests for sexual favors, verbal or physical harassment of a sexual nature, or offensive remarks about a person’s sex. For example, making insulting generalizations about women to a female employee is considered an example of sexual harassment.

As straightforward as the name implies, hostile work environment harassment creates an abusive atmosphere that negatively affects a person’s ability to perform work duties. Unfortunately, what constitutes this kind of sexual harassment is often more up for debate than one might imagine. The less-blatant examples of harassment are the ones that are usually most difficult to qualify, quantify, and prove. While physical harassment may be easier to recognize, less obvious harassment can hide under the guise of verbal, unspoken, or online behaviors.

Verbal sexual harassment is one of the most prevalent types of workplace harassment. It can take the form of:

Unspoken, non-verbal, or visual sexual harassment occurs when a person clearly communicates unwelcomed messages of a sexual intent to another individual or group. This can include:

Online harassment is just as real as physical or verbal harassment, and may happen much more prevalently. Some examples might be:

Who Are the Victims and Offenders?

Contrary to popular belief, sexual harassment does not always come from a supervisor or peer at work. The EEOC states that a harasser can be a direct supervisor, a supervisor of another department, a colleague, or even someone who does not work for the company—like a client, customer, business partner, or vendor. Your employer has a duty to protect you against sexual harassment, even when the perpetrator is not employed by your employer.

There is no “typical” person who can or cannot be a victim of sexual harassment at work. There are no age, gender, job title, or other factors that make an individual immune to sexual harassment. A victim may be of any gender identification and sexuality, of any age, and of any background. Likewise, an offender may perpetrate harassment against someone of their own or another gender. It’s important to believe the stories of victims and not make assumptions about what a “typical” case of harassment should look like.

One further point to consider is that a direct recipient of harassing behaviors is not the only victim of sexual harassment. If a person’s actions toward another person create a hostile work environment, there are likely to be many individuals affected.

Victims of workplace sexual harassment may be entitled to recover damages. In legal terminology, “damages” refers to the sum of money awarded to compensate a loss. In sexual harassment cases, many of the losses incurred by the victim are related to salary or wages lost because of unlawful dismissal or discrimination. Sexual harassment law works to address the highly unfair situations in which a person is victimized at work, and through no fault of their own is denied the financial means to support themselves and their family.

Your lawyer will work closely with you to make sure that you are appropriately compensated. Losing a job due to sexual harassment has a substantial and far-reaching impact on a person’s financial, emotional, and sometimes even physical well-being.

The most recent U.S. Equal Employment Opportunity Commission reports show that more than 6,500 claims were filed with the EEOC in 2020. But it’s estimated that this number is immeasurably lower than the instances of harassment that actually take place in workplaces across the country each year. While the problem is still immense, we have seen positive changes in recent years. In general, more people are willing to come forward and report harassment than in years past. And there has been an increased general awareness of the magnitude of the problem. This is largely contributable to public legal cases that expose the pervasiveness of this critical issue.

But as knowledge of the problem grows, there are perpetrators who only become more underhanded in their actions. A regretfully high number of victims are led to question whether what they suffered is even considered sexual harassment at all. At Madia Newville LLC, we truly listen to our clients’ stories. We are all too aware of what a sinister problem sexual harassment in the workplace really is.

We have helped fight and win cases for many clients who have been the victim of gender discrimination. We have been proud to stand up against discriminatory actions toward transgender people and employer requirements that discriminate against women. As attorneys, it our job to give our best to help every individual client win their case—and through each single instance of justice achieved, we can see positive steps forward in a field we care deeply about. Reach out to discuss your case with an attorney from our law firm.

PrevPreviousWhat Are Some Fall Driving Hazards in Minnesota?
NextSteps to Filing a Car Accident Claim in MinnesotaNext
Menu
Menu