Problems With Caps on Damages in Employment Law Suits

Early last month, a federal jury in the Southern District of Iowa awarded a $240 million verdict to 32 mentally disabled men that suffered through years of slave-like employment in a turkey slaughterhouse operated by Henry’s Turkey Service, also known as Hill Country Farms.  Hill Country, a Texas based company, operated the slaughterhouse in Iowa and had been employing mentally disabled men for over four decades.  Hill Country offered room and board in an old schoolhouse without central heat.  Room and board was part of the employment benefits and calculated as earnings on top of the $2 per day salary.  Supervisors that cared for the employees doled out verbal abuse, occasional physical abuse, and manual labor as punishment.  The civil trial uncovered one such instance when an employee was handcuffed to his bed and left screaming and crying.[1] 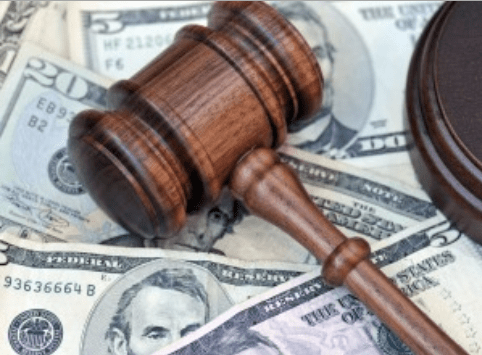 The $240 million verdict was awarded after the Equal Employment Opportunity Commission proved harassment and discrimination violations of the Civil Rights Act and the Americans with Disabilities Act.  The award granted each of the 32 men about $5.5 million in compensatory damages, plus $2 million as punitive damages because Hill Country acted with malice or reckless indifference.  Unfortunately, Hill Country “is believed to have no more than $4 million in assets, and… damages awarded by the jury go ‘well beyond’ what is allowed by the Civil Rights Act of 1991.”[2]  The EEOC attorney, Robert Canino, said, “I can tell you the EEOC is going to explore every option, and with great diligence, to ascertain every possible source of revenue… to satisfy the judgment.”[3]  Hill Country is also liable for over $4 million in fines for violating federal, and state, labor and wage laws.

And so, the mentally disabled ex-employees of Hill Country savored sweet justice for all of about two weeks.  On May 13th, The Gazette and WHBF CBS-4 News reported that the jury verdict would be reduced from $240 to $1.6 million.[4] [5]  The reduction was required to comply with statutory caps on damages found in the Civil Rights Act.  Because Hill Country hired fewer than 101 employees, damages are capped at $50,000 per party to the suit.  Each of the 32 ex-employees will receive the $50,000 maximum for combined compensatory and punitive damages.  Even if Hill Country fell into the largest employer category by employing more than 500 employees, the award would nonetheless be capped at, considering the work environment, a paltry $300,000.  See generally, 42 U.S.C. §1981a(b)(3).  The purpose of caps on damages as set forth in the Civil Rights Act of 1991 is to limit liability based on the relative size of an employer, as proxy for its ability to pay.[6]  Adding insult to injury, state and county criminal prosecutors passed on the case.  A representative from the office for the attorney general explained that they would be unable to prove the reports of physical abuse beyond a reasonable doubt.[7]

In response to the reduction, the EEOC said of the verdict, “Not only will the overall damages… still be sizable… but the enormous amount of the initial jury award is also significant in signaling the utter unacceptability and serious nature of this company’s inhuman treatment of a class of vulnerable people.”[8]  Firstly, calling the reduced verdict sizable is a gross exaggeration.  Secondly, the EEOC’s interpretation of the verdict’s significance is wrong.  How does a verdict that is reduced to one-third of one percent of the original verdict signal the unacceptability of Hill Country’s behavior?  Rather, does not the reduced verdict tell society that behavior like this is acceptable?  That Hill Country should not be truly liable for the evils of their actions because they were perpetrated against a handful and not hundreds?  When the punishment does not fit the crime, similarly situated businesses, and society, learn no lesson of deterrence.

Caps on damages are viewed as the solution to halt frivolous lawsuits.[9]  But at times, these same caps can punish parties that bring non-frivolous suits.  The statutes can force plaintiffs, like the 32 men in this case, to accept compensation at insultingly low levels in light of their work environment.  Caps on damages are meant to limit the liability of employers to match the size of their company.  However, the caps do not allow a judge or jury to calculate whether a company’s liability should increase linearly with profit margins, market share, or market expanse; nor do caps allow for a true and organic weighing of a company’s specific actions.  Thus, plaintiffs are faced with a legal landscape where the punishment is never able fit the crime because the punishment is, in part, statutorily predetermined.  Caps on damages are ineffective policies within the field of employment law because they approach the legal system with a cookie cutter solution.

Cookie cutters cut cookies efficiently; but lawsuits are not cookies, and awards should not be cut similarly.  Although any legal policy that may bring about increased efficiency in America’s courts should be scrutinized with hopeful anticipation of applicability, when a policy clearly does not serve the interests of the greatest number of citizens, it must be cut.  And so, we reach the ultimate question: can a cookie ever be too big or too small?  Can awards in employment lawsuits be too big or too small?  The Hill Country case is an example of a verdict that was once sufficient, and now is too small.  Certainly, similar examples exist and thus we will answer the bigger question about big cookies.

Can a verdict be so large that it shocks the conscience and violates our sense of fairness and justice?  Sure.  Whether or not our society should regulate verdicts of this size is another discussion.  Perhaps the purest form of regulation is rooted in allowing a jury free reign of the verdict.  Obviously, this method would ensure that some people would deem some verdicts too large.  Thus, many jurisdictions in the US have decided to limit the power of the jury by placing a limit on large verdicts.  For the sake of this discussion, we will assume that implementing limits are constitutional, reasonable, and preferred.  However, simply selecting a number based on employee census is foolish and not reasonably crafted to deter either frivolous lawsuits or employment law violations.[10]  We can deter both, which is Congress’ intended goal, but to do so, Congress must accept their failure and revise the current statutory scheme.

The way Congress divided these categories is valid; after all, with more employees, an employer faces a greater liability to be sued.  But this greater liability is likely paired with a greater ability to make more money and bring business to several parts of the country, or the world.  Congress’ thought process was based on valid logic, but it did not causally link the size of a company with the appropriate size of tort liability.  Thus Congress should avoid this method of determining appropriate caps.  If, however, Congress refuses to abandon caps based on the number of employees, it must at minimum increase the number of categories and match the potential damages appropriately.

A better method would be to create a similar stepped liability table based not on the number of employees, but on a company’s net worth, net profits, or market share.  Granted, this method could fall into the same trap as the method above if Congress creates too few categories.  However, if this pitfall is avoided, using net worth or net profits to determine appropriate caps would better ensure that companies shoulder accurately sized liabilities.[11]

In addition to implementing one of the changes mentioned above, adding a policy that increases caps with each subsequent violation would act as an effective deterrent.[12]  Under the current scheme, there is little deterrence, especially for the wealthiest of companies.[13]  The wealthiest and largest companies commit the same violations repeatedly, and repeatedly pay the maximum caps.  By punishing recidivism and grouping companies by their worth, Congress can create consequences that actually achieve the statutes intent of deterring labor law violations.

Deterrence of labor law violations and frivolous suits can be achieved.  These goals will never be reached under the current formulation of our laws, which are based on rather arbitrary caps on damages and do not punish recidivism.  A statute that levies caps comprehensively could help protect plaintiffs like the men that worked for Hill Country.  Besides a reformulation of our laws, our society must be adamant in denouncing labor law violations and vigilant in shaming companies that violate acceptable norms of employment.  An employee’s rights are limited to those he demands be respected by an employer; in turn an employee can only demand respect for rights that society recognizes as normative.