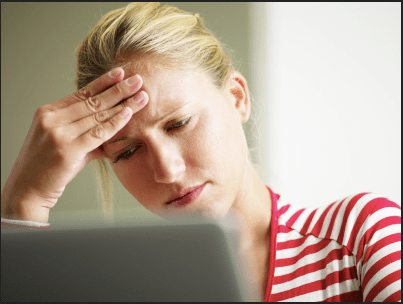 A female employee, “Mary”, was sexually harassed and intimidated by her male supervisor. Despite repeated attempts by Mary and others to report the supervisor’s behavior, he remained employed for nearly two years because a department manager repeatedly refused to take any action.  The supervisor’s constant harassment and terrorizing of Mary had a devastating effect on her life.

On Mary’s behalf, Madia Law sued the employer approximately one year ago, charging violations of the Minnesota Human Rights Act and common law infliction of emotional distress.  The suit has now settled for $125,000.  A summary of the events leading to the case follows:

In Spring 2009, Mary started with Defendant as an administrative office worker.  Throughout her employment with Defendant, she was an exemplary employee.  Defendant recognized her hard work and achievements through positive performance reviews and pay increases.

In Summer 2009, Mary was trained for a new position.  Almost immediately, she was subjected to a sexually hostile and abusive work environment by her supervisor, who would say things such as “If you are cold, come sit on my lap . . . [I] will warm you up.”  He would ask Mary: “Are your nipples cold?  Let me see if they are cold.”

After one meeting, the supervisor made comments in the presence of Mary about how another female employee “probably has a gray squirrel” and pondered as to whether “she shaves it.”  Then, the supervisor turned to Mary and asked her if she too had a “gray squirrel.”

In early 2010, Mary confronted the supervisor about his conduct for the third time.  She asked him to stop and told him that she felt sexually harassed.  Rather than apologize or have a meaningful conversation with Mary, the supervisor threatened that if anyone “snitches” on him he would “get even.”

In Spring 2010, Mary reported the supervisor’s conduct to his superiors.  Although a female superior brought brought the problem to a more senior male manager several times, Mary did not receive a follow-up from the initial reports.  Mary continued to report the supervisor’s harassment and abuse on a weekly basis, and was repeatedly ignored.

In Summer 2010, Defendant hired several female temporary employees.  The supervisor began making daily comments either directly to or in the presence of Plaintiff and others about one of the temporary employees, referring to her having a, “nice ass” and a “camel toe”.  The supervisor also increased the frequency of sexual comments directed at Mary during this time—often inquiring about Mary’s “gray squirrel” and openly talking about rape with Mary and other female employees.

In January 2011, the supervisor told Mary and another female employee that his wife “loved it” when he would “wear women’s nylons over his face and pretend to be a rapist.”  Mary was extremely frightened and intimidated by the supervisor’s threats.

Soon after he made threats to use his AK-47 on his co-workers, Mary approached a superior once again.  This time, the department manager, upon hearing about Mary’s concerns, met with her for a discussion.  Nevertheless, the manager again brushed off Mary’s concerns and did nothing to look into the problem or to discipline the supervisor in any way.  He told Mary that she was “tough” and could “handle it.”

In early 2011, the supervisor opened a picture on his computer of a what he called a “sexy” woman crouched under a desk and performing oral sex on her boss.  The supervisor showed the picture to Mary and asked her if she would like a “new job,” while he gyrated his hips to and fro.  Mary was extremely upset and intimidated by the supervisor’s question and highly offended by the picture.

In Spring 2011, the supervisor repeatedly watched a video with sexually explicit images and vulgar language on his computer while Mary and another female employee were in the office with him.  The women were training on the next computer and could not even hear each other speak due to the loud volume on the video.  One of the employees demanded that the supervisor shut off the video immediately, but he did not comply.

As a result of the conduct, Mary suffered extreme intimidation at work and great emotional and mental distress, including Post Traumatic Stress Disorder, insomnia, tremors, and nightmares.  Mary was forced into medical leave and has required substantial treatment to address the trauma caused by the sexual harassment and hostile work environment.

After a year of litigation, Mary’s supervisor settled the case for an amount over four times Mary’s annual wages.