Honeywell is defending itself from a federal disability discrimination and genetic information lawsuit filed by the EEOC. According to the allegations made by the EEOC and the two Minnesota employees, the company demanded that the employees and their family members submit to medical testing or else face monetary penalties. 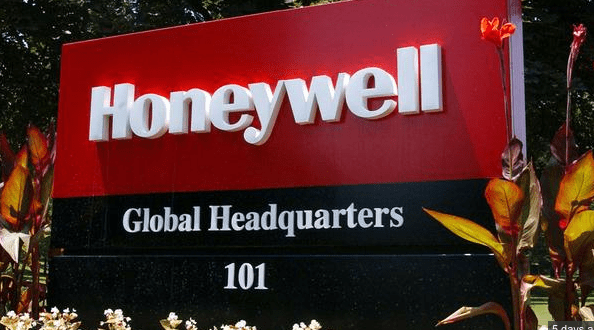 The Americans with Disabilities Act and the Genetic Information Nondiscrimination Act prohibit adverse employment action on account of disability or genetic information that does not affect an employee’s ability to do their job or require accommodation by the employer that would cause undue hardship.

According to the EEOC, Honeywell’s new program runs afoul of both federal laws. From the Star Tribune:

A lawsuit filed by the Equal Employment Opportunity Commission in response to complaints from two Minnesota employees sets up a potential court case over how far employers can go to shift health costs and influence worker behavior.

The agency said in the suit, filed Monday in U.S. District Court in Minneapolis, that new health screening and penalties at Honeywell violate the Americans with Disabilities Act and the Genetic Information Nondiscrimination Act.

“Employees will be penalized if they or their spouses do not take the biometric tests,” the complaint said.

In response to the suit, Honeywell said its screening ­program is designed to encourage employees to live more healthfully and thereby create lower health care costs for themselves and the company. The company said the program complies with health care-related laws, including the Affordable Care Act.

The EEOC has requested a temporary injunction to stop the employee testing, which was scheduled to begin last week at various sites across the country.

Honeywell, based in Morristown, N.J., was started in Minneapolis and remains a major employer in the Twin Cities area, with a research center in Golden Valley and other operations in Plymouth, Coon Rapids and Minneapolis.

Like other companies, Honeywell embraced the so-called wellness movement to prod employees into better shape and to lower health care-related costs.

The EEOC said that ­Honeywell’s new program creates up to $4,000 in penalties for employees unless they and their spouses take blood and medical tests that can identify smoking, diabetes, high blood pressure, obesity and other health problems. They include the loss of $1,500 in company contributions to health ­savings accounts, a $500 medical plan surcharge, a $1,000 tobacco surcharge and a $1,000 ­spousal tobacco surcharge.

The suit is the third one in three months that the EEOC has filed accusing companies of setting up “involuntary” employee medical or wellness programs, said Laurie Vasichek, an attorney for the agency. Honeywell’s tests and threatened penalties go too far because they are not job-related and are not consistent with any business necessity, she said.

“The thing that is important about these cases is not that they are wellness or health programs, but that the company is requiring testing and asking disability questions when it’s not job-related,” Vasichek said. “They can only do that in ­situations where it’s ­voluntary for the employee to answer.”

According to the lawsuit, Honeywell announced the new biometric testing program in August and September. The agency received complaints and subsequently asked the company to drop penalties for employees who don’t submit to the tests. Honeywell didn’t agree to that, according to the suit.

In a statement, Honeywell denied any wrongdoing and said the screening and wellness program “are in strict compliance with both HIPAA and the Affordable Care Act’s guidelines.”

Honeywell said in an e-mail that the wellness program is designed to motivate employees and that the company does not share medical information with insurance providers. Sixty percent of the participants in its health care program have identified at least one health risk, the company said.

“Encouraging more participation is the right thing to do,” it said. “Honeywell wants its employees to be well-informed about their health status not only because it promotes their well-being, but also because we don’t believe it’s fair to the employees who do work to lead healthier lifestyles to subsidize the health care premiums for those who do not.”

Dave Delahanty, a senior adviser with the human resources consulting giant Towers Watson, said the new federal health law allows companies to charge employees up to 50 percent of their total medical premium costs if tobacco use is covered in the plan.

“I know a lot of companies are looking at doing things like this,” Delahanty said. “But there are limits as to how much a company can reward or punish an employee for complying with a company health care edict.”

Liza Tucker, a senior consumer advocate with Consumer Watchdog in California, said the Honeywell program sounds like an invasion of privacy. “It is outrageous to say that you as an employee have to be tested to avoid getting charged for your health care,” Tucker said.

But, initial moves by the EEOC to block the testing policy with a temporary restraining order were unsuccessful. U.S. District Court Judge Ann Montgomery denied the EEOC’s motion. From the Associated Press:

A federal judge on Monday said Honeywell Inc. could begin penalizing workers who refuse to take medical or biometric tests.

The tests, required by Honeywell in a recent policy change, measure blood pressure, cholesterol and glucose, as well as check for signs that an employee has been smoking. Employees who decline to take the tests could be fined up to $4,000 in surcharges and increased health costs.

In a statement, Honeywell says it’s pleased the policy will continue in 2015.

“Honeywell wants its employees to be well informed about their health status not only because it promotes their well-being, but also because we don’t believe it’s fair to the employees who do work to lead healthier lifestyles to subsidize the health care premiums for those who do not,” Honeywell said.

The EEOC filed the lawsuit last month in Minneapolis on behalf of two Minnesota employees of Honeywell. The case could define how far an employer can go in shifting health care costs to employees based on their behavior.

The case will continue moving forward in court.

The Morristown, New Jersey-based company began in Minneapolis and is still a major employer in the Twin Cities area.