Reevaluating the Burden of Production in Negligent Hiring and Negligent Retention Claims after Hartfiel v. Allison 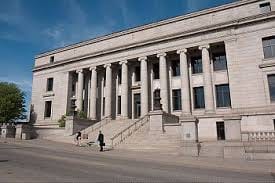 The Minnesota Court of Appeals explained that there is a difference between these two claims, primarily in regard to when in the timeline of events the relevant facts are found:

The facts in Hartfiel suggest that the threshold of production to defeat summary judgment in a negligent retention case is lower than previously thought.  In Hartfiel, while the plaintiff testified that the shop foreman was fearful of the employee and had been threatened by the employee, the shop foreman actually denied ever being threatened by or being afraid of the employee.  Additionally, the plaintiff admitted, and the owner of employer-company confirmed, that the assault in the bar was never formally reported.  However, the owner of employer-company testified that he had heard about the incident in the “form of gossip” and took no action to investigate.  This evidence alone was enough to defeat summary judgment.

It appears, then, that an employer needs minimal information to be “on notice” of an employee’s undesirable tendencies and before the law imposes a duty on the employer to take action to limit the threat such an employee poses.