Josh Newville is a passionate and respected lawyer. He litigates cases, provides corporate advisory services, and serves as a mediator for civil cases in Minnesota and Wisconsin. 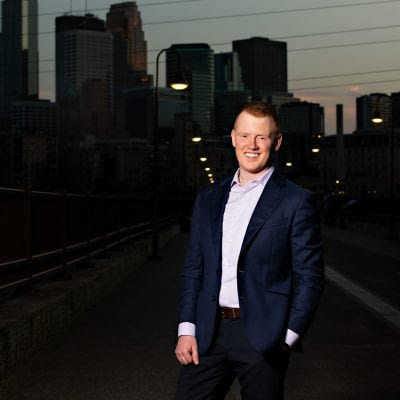 Josh’s litigation practice focuses on employment law and civil rights. He handles high-profile cases, has secured millions of dollars for his clients, and has obtained victories at the Minnesota Supreme Court and the U.S. Court of Appeals. Early in his career, Josh led the successful fight for marriage equality in two U.S. States and won precedent-setting legal protections for vulnerable Minnesotans.

Josh subscribes to the adage that there’s a time to tear, and a time to mend. He launched MN Resolve with the goal of empowering parties to take control over the resolution of their disputes. He is a MN Rule 114 qualified mediator for civil cases, conducts internal investigations, and offers workplace dispute resolution services. Josh also counsels business – including serving as a board member, officer, and general counsel for a multi-million dollar manufacturing business with operations in three states.

Thomson Reuters has repeatedly recognized Josh as a Super Lawyers Rising Star, a distinction awarded to attorneys under 40 based on a combination of peer nominations and objective criteria. He is included on the National Trial Lawyers list of Top 40 Under 40, was recognized nationally by The Advocate, and received the Equality & Justice Award from the MN Lavender Bar Association.

Josh is on the Federal Practice Committee for Minnesota’s U.S. District Court. He is also an ethics investigator, an adjunct law professor, and previously served on the MN board of the National Employment Lawyers Association.

Josh was born and raised in rural Wisconsin. He was the first person in his extended family to attend college, earning his undergraduate and law degrees at the University of Minnesota. Prior to law school, Josh investigated organized retail crime and owned an exterior residential painting business.

Josh lives in northeast Minneapolis with his husband and two dogs. In his spare time, he enjoys running, hiking, live music, baseball, and traveling.

Back to The Team